Rhino Repro is a non-profit organization focusing on utilizing assisted reproduction techniques in order to ensure the indefinite survival of the rhino species. Our mission through The Northern White Rhino Project is to save the most endangered rhino species in the world from extinction, the northern white rhino. 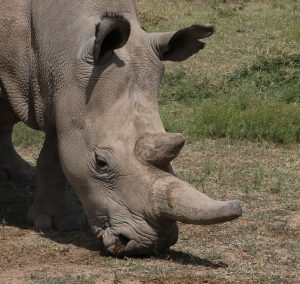 The Rhino Repro team will focus on harvesting oocytes from the last northern white rhino females. From there we will mature and fertilize the oocytes and generate embryos to either be cryo-preserved or transferred to a southern white rhino surrogate mother.

We currently collaborate with various rhino orphanages, centres and conservations in order to harvest ovum’s and sperm from their rhinos. These specimens are then preserved and used to create viable embryos using modern technology. We have had great success using a technique our lead veterinarian developed with the team and have harvested specimens from various rhinos across South Africa. On January 27, 2020 Rhino Repro became a small part of history when we artificially inseminated the first rhino within Africa!

Our aim is to not only bring this species back from the brink of survival, but to develop groundbreaking tools and research to help others in their journey. Our techniques include artificial insemination, in vitro embryo production – test tube babies and embryo transfer, semen collection and embryo collection with flushing. With the development of these techniques, we will in turn assist with southern white rhinos who have difficulty breeding in captivity. Additionally, there is ample potential to diversify the genetics of the southern white rhino, along with the potential of inter-crosses between southern and northern white rhinos.

Dr Morné de la Rey is one of our lead veterinarians and founders of Rhino Repro. He is a leading specialist for animal reproduction in all aspects such as embryo sexing, in vitro fertilization and artificial insemination and more worldwide. As the CEO of Embryo Plus, a company in South Africa specializing in embryo transfer and AI, his knowledge and expertise is a huge asset towards Rhino Repro.

As an ambitious committee of veterinarians, students, and volunteers, we feel we can achieve great things, and have thus far already made a considerable difference in the lives of animals and communities around us. We focus heavily on conservation efforts and awareness within not only our community, but worldwide and have developed a large following both in and out of South Africa. Our passion lays with the animals we are trying to save, and we are doing everything we can to spread the word of our journey. 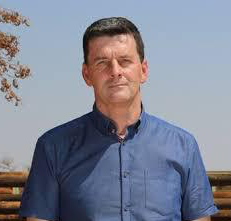 1994: Qualified as a Veterinarian at Onderstepoort, Faculty of Veterinary Science, University of Pretoria

1994: Firstpersonto do Embryo Sexing in Africa.

1995: First person to do embryo splitting in Sheep and Goat embryos in Africa.

2000- date: Elected as representativefor Africa on the Data Retrieval committee of the IETS.

2002- date: Founding member of the Companion Animal, Non-domestic and Endangered Species committee(CANDES) of the IETS.

2003- date: Elected as a representative for Africa on the Health and Safety Advisory committee(HASAC) of the IETS.

2003: Was involved with the birth of the first everCloned calf in Africa, named Futhi.

2005- date :Requested to act as patron and advisor to the East African Embryo Transfer Association.

2011: Produced the first Sable Antelope calves born by means of embryo transfers in the world.

2012: Was asked to act as Specialist Agricultural advisor for MIGHT (Malaysia)

2013: Produced the first pregnancies in African Buffalo by means of embryo transfers in the world.

2016: Produced the first IVF African Buffalo calf in the world.

2017: Aspirated first oocytes from Whiterhino in Africa. Culture of 2 cell and 4 cell embryos from rhino oocytes.

2018: Was selected to harvest and bank/freeze the genetics of the last northern white rhino bull (Sudan) in the world when he was given euthanasia.

2018: Aspirated through trans-rectal OPU up to 5 oocytes in life sedated rhino cows.

2018: Produced the first white rhino morula embryos with free swimmingsperm and IVF after aspirating oocytes with a trans-rectal aspiration procedure.

2018: Nominated and approved as Conservation Fellow of the San Diego Zoo Global.

1989: Embryo transfer and flushing courses at Herbertingen and Neustadt Aisch Besamungstation in Germany.

1994: Qualified as veterinarysurgeon from Onderstepoort Veterinary faculty in South Africa.

1998 to present: CEO of Embryo Plus embryo transfer and AI centre, South Africa.

1994 to 1997: Embryo transfer specialist at Embryo Plus, South Africa.

1988 to 1994: Study at Onderstepoort – Faculty of Veterinary Science 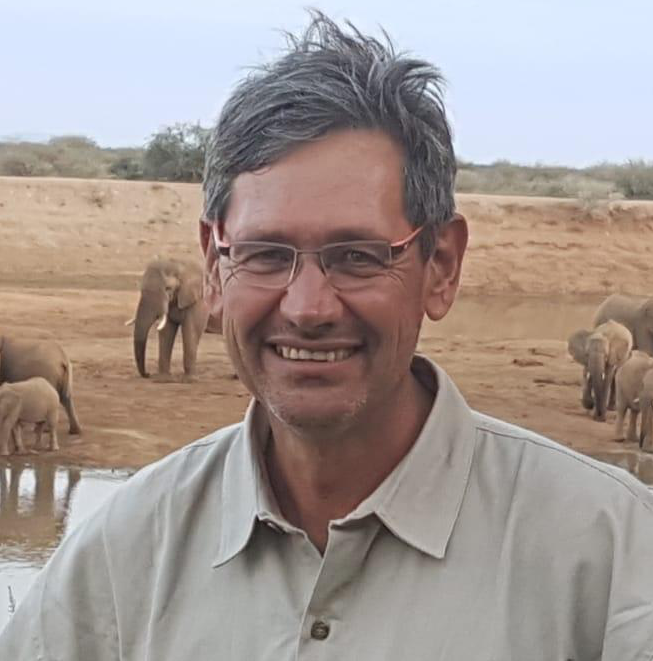